I'm A Barbie Girl, In A Barbie World 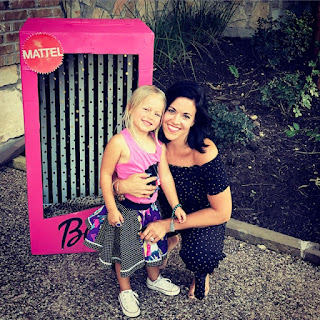 Last holiday season, I was browsing a local resale site, and found someone selling a few vintage Barbies. So, I purchased a few thinking maybe someday soon Georgia would be interested in playing with them. Well...someday soon came much faster than I anticipated, and I now have a Barbie loving (bordering on obsessed) toddler. So, naturally, she wanted a Barbie themed 4th birthday party.

Once again I was faced with the dilemma of throwing a themed party for her, that she would love, without me feeling like it was a generic, cheesy, Barbie soiree. So, like any craft-loving, DIY Mom, I began Pinterest-ing.

The plan was to try and find a local baker to make a cake, but while walking by the HEB bakery, the custom cake book was opened coincidentally to the perfect page: a Barbie dress cake! This is EXACTLY what I was going to pay a lot of money for, but there it was at a fraction of the price. Score! Georgia happened to be with me, so I asked her which colors she wanted. Purple and blue, with red flowers? Ok. It's your day pretty Gigi. Not exactly the colors I would have chosen, but I decided to use the cake as a starting point for the rest of the party. No pink and gold Barbie party for this girl! 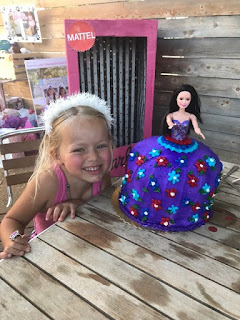 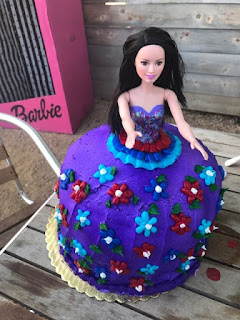 Since we were having the party outside at her favorite restaurant with a playscape, in June, in Texas, over the top decorations and balloons just didn't fit the bill. Also, the price of food and beverages (mainly the adult bevs) was going to be higher than your average kids party, so budget needed to be taken into consideration. (Being responsible sucks sometimes.)
Even though it was early June, it was still WAY too hot to have a lot of balloons (they often pop). I love the big gold letters and numbers, which I used last year, so I chose to use them to spell out F.O.U.R. 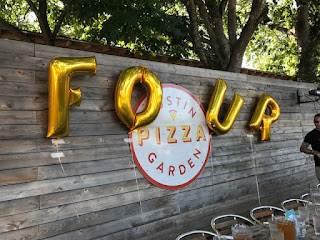 The ambiance of the party location is quite rustic, with a lot of wood and metal, and a stone covered ground. Bold colors would actually bring in some modern accents, which would be a nice compliment. So, to spruce up the tables I found wooden frames at Hobby Lobby, and spray painted them sparkly turquoise. I then filled each one with a vintage Barbie image from the web. 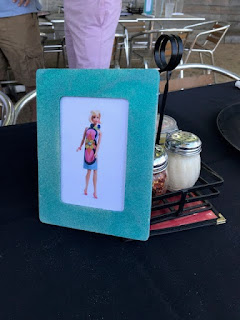 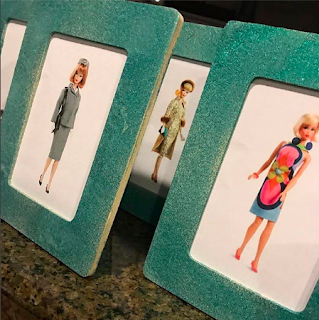 There was a playground at the venue, so the kids were pretty busy, but I saw something during my Barbie party searches that I just couldn't resist making. A life-size Barbie photo booth box! It was actually quite easy to make, and all of the kids LOVED it.  It is now in our playroom, and Georgia still likes playing in it. 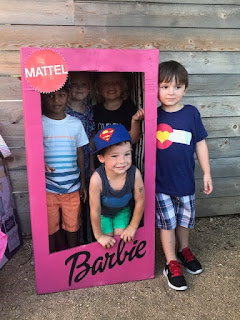 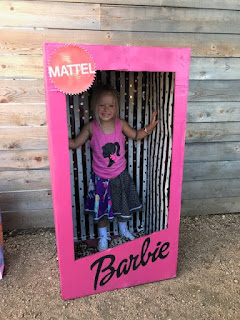 HOW TO MAKE A BARBIE PHOTO BOOTH BOX:


There are so many ideas on Pinterest of what to put in the gift bags, but that can get quite pricey for a party of this size (24 kids). So, I decided to have a Barbie themed puppy "adoption" for the kids. Something different, interactive, and ended with a gift for the kiddos. You can buy the puppy stuffed animals in bulk from Amazon, and I used a wooden crate as the puppy pen. I also created, and printed off adoption certificates for the kids to have for their individual puppy. 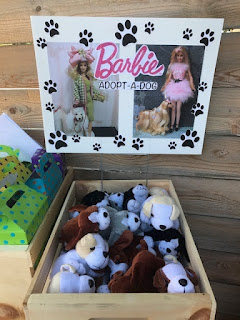 Each guest received a little gift box to put their puppy in to take home, which also contained a ring pop and a small dress-up item (jewelry/nail polish for the girls, and a sheriff badge for the boys). 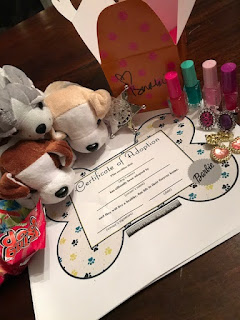 Luckily, the restaurant provided all of the glasses, flatware and plates, and we pre-ordered a ton of pizza and adult beverages to be served throughout. I brought Honest juice boxes for the kids, which actually complimented the existing colors of the decor nicely. (Hey, every little detail is important!) 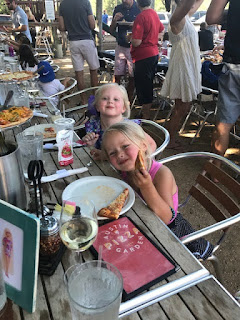 All in all, the party was a hit with both the kids and the adults, and it stayed on theme without being obnoxious. Next year I'm hoping for a more intimate affair, so I can really get into her desired theme. 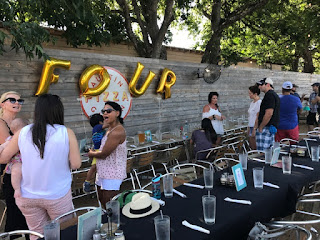 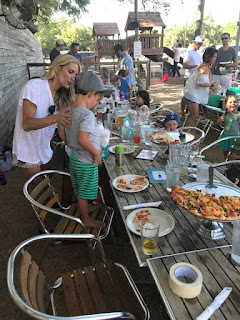 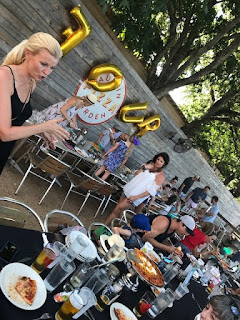 Which posts do you want to see more of? 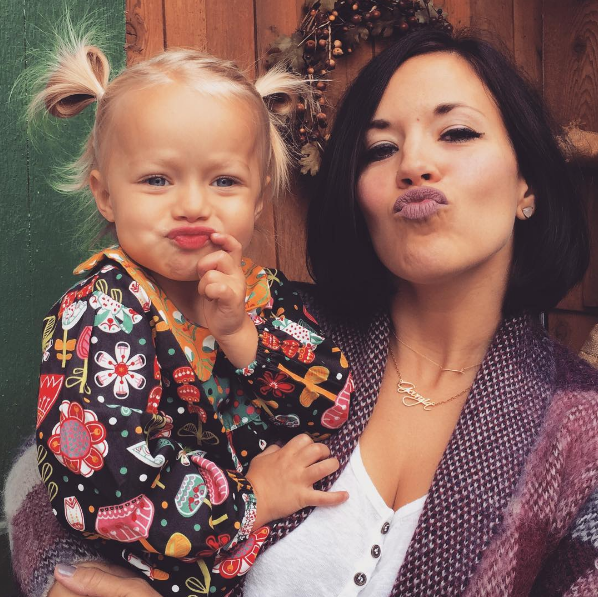 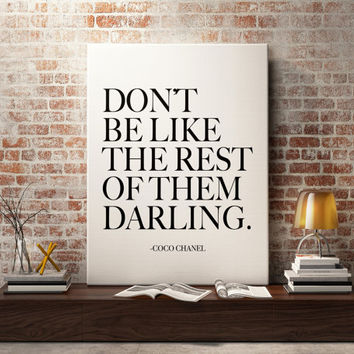